Your source for everything Threestival and Time Relapse!

The Threestival is a festival for the fans! It's for all the people who support real musicians making real music and forming worthwhile connections with other humans. The Threestival has been making waves in the PA festival scene since it's inception in 2015.  We will always deliver on the promise of keeping our festival family and friends oriented. Our mission is to create an environment in which you can be relaxed and able to refocus yourself after a long winter in modern society. Community is key!

Time Relapse is made up of Lee Fishman and Anthony Procopio, two local musicians that have been raging as hard as humanly possible in the tri-state area music scene since the olden times of 2010. Since forming Time Relapse they have put out over 30 albums of music covering every genre imaginable (well, the ones you would want to imagine anyway) and continue to push the musical limits of this dimension while doing all the work themselves, because if you want something done right, you HAVE to do it yourself. Long live the Threestival! 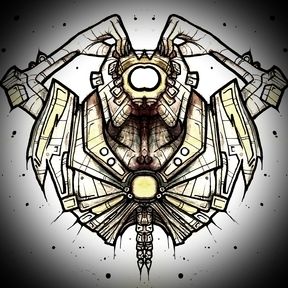 There is a rift in current music between the forgettable, oversimplified homogeneity of pop music and the inaccessibly complex depth of more progressive outfits. Time Relapse combines elements from both sides of this dichotomy to create their unforgettable and extremely variable style of music.

Lee and Anthony began playing music together at Penn State University in late 2010 and, after being pushed by friends and co-workers to pursue their musical interests, they began playing out and honing their sound. In order to record their self-titled debut album, they rented a house in North-Western Pennsylvania and spent nine months fervently writing, recording, and producing. The house ended up being infested with mold and sent Anthony to the hospital and almost killed him, however the duo still managed to get their album completed and printed in time for it’s 2012 Cinco de Mayo release.

Incorporating components of bands such as Led Zeppelin, Frank Zappa, Dave Matthews Band, Incubus, Pink Floyd, King Crimson, Dispatch, and Umphrey’s Mcgee, Time Relapse places an equal emphasis on every instrument, allowing each one to hold its own throughout their entire catalogue.

Never staying within musical borders, each song presents different ideas, influences, and playing styles; while their self-titled album is a conceptually produced experimental journey through a war-torn world parallel to our own, the band's second, third, and fourth albums, “The Figure”, “The Shadow”, and “The Reflection” are progressive psychedelic collages of instrumental set pieces and improvised material, with all tracks recorded live in a single take. Their fifth album, “Universe Calling” combines elements from all their previous works and includes lyrics on the majority of tracks. Different still is their live material which features Lee on acoustic guitar and Anthony on electric or acoustic guitar, with each member periodically switching on and off the djembe for specific songs. Their release “The Machine” pushes their sound to a whole new level, utilizing the electric guitar and djembe to create a worldly, almost ethereal soundscape.

Currently Lee and Anthony reside on Jupiter and are pushing their skills to the limit in order to put out thought-provoking, exciting music that instantly catches peoples’ attention and leaves a lasting impression. The band’s most exciting opportunity to date has come in the form of an opening slot for Tim Reynolds (of the Dave Matthews Band) at the Ardmore Music Hall in Philadelphia, Pa. They have also played alongside artists such as Consider the Source, Waka Flocka Flame, The Revivalists, People's Blues of Richmond, TR3, Snow tha Product, and many more.

Time Relapse began in the form of two men, NAY, two trans-dimensional cyborgs hell bent upon contouring the vibrational frequencies of the universe to their ultimate will. In its initial form, Time Relapse manifested as two acoustic guitars caught in an infinite whirlwind of call and response and, with the addition of a djembe, transformed into a trance-inducing acoustic show unlike anything preceding it. Likened to Dave Matthews and Tim Reynolds on a combination of magic mushrooms, marijuana, and adderall, Time Relapse’s acoustic shows are as mind bending as they are thought provoking. The combination of Lee’s unyieldingly progressive rhythm-based riffs and Anthony’s finger-exploding solo work is a sight to be seen, and if your brain has enough neurons left after processing the frequencial orgasm that was sent like a shockwave from your head to your balls, make sure to take in the subtleties of the expertly crafted lyrics sprinkled throughout.

Legend has it that the Samurai Showdown, the 2nd dimension of Time Relapse, was forged in the Big Bang as a joke between Zeus and his sister-wife Hera. They believed that the humans would never be able to comprehend such a massive cranial overload launched directly from the depths of the overworld. Anthony’s raging, phasing, squealing, echoing guitar tones that seem to have escaped from the grip of the universe’s most supermassive black holes are accelerated past the speed of light and into sections of the mind not yet unlocked by the unpredictable, unprecedented, and unrelentingly awesome beats of Lee’s untamed drums. A world of fear and wonder awaits you in the realm of the Samurai Showdown as vibrations which have never before been revealed echo out into the distance, simultaneously released both from and into the darkest parts of the soul.

Behold! The Triforce of Ultimate Power has been hoisted into its rightful place by the coalescence of the greatest trans-dimensional musical trio that the known universe has ever known. Out of the blackest shadow rises the silhouette of a man that seems to have six arms, four legs, two brains, and a 666 across his forehead, because only a man that made a deal in the Netherrealm with Satan could play the drums with the ferocity of some sort of mutant hallucinogenic cheetah/bear/mancobra hybrid. Not since the great wall of Berlin was torn down by rabid Reagan clone zombies has a force like the Techno Zelda been seen on this Earth, but it was when the forces of Relapse and Zelda came together in a whirlwind of science and madness that the planet felt the true vibrations of the Ultimate Power. Now the pant-dropping, face-melting, ultra smooth grooves of Lee's funky bass lines have wrapped themselves around the psychedelic, space-time warping riffs of Anthony's maddening electric guitar, only to be propelled past the speed of light and into a quantum wormhole by the unfathomable beats of the Techno Zelda. Tread lightly friends, for the boundaries of this dimension and the next are loosened and coming unwound around you as the new age of Time Relapse begins.

All original run physical copies are now SOLD OUT!